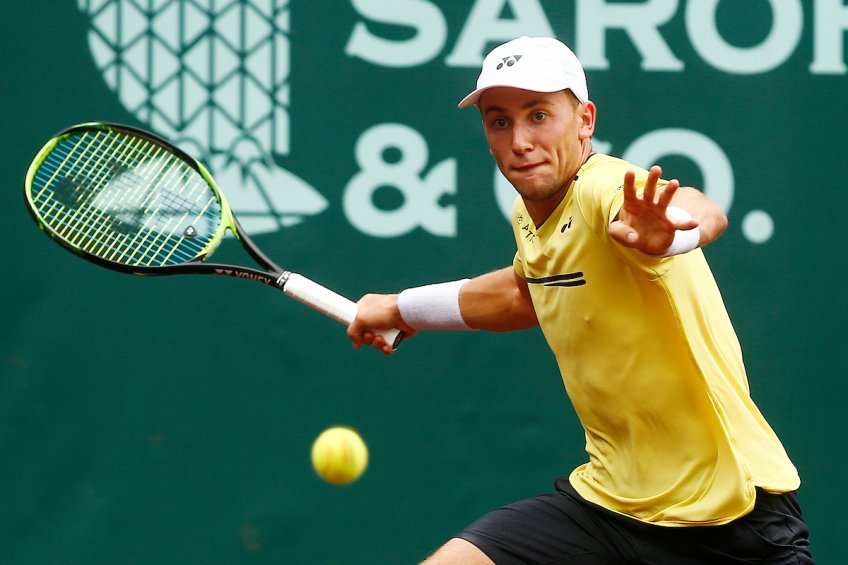 This will mark the first US clay semifinals with three players aged 24-and-younger since 2010 when a then-22-year-old Querrey was finalist and 24-year-olds Wayne Odesnik and Horacio Zeballos were semifinalists.

The only one of the semifinalists to have won an ATP title, he owns 10 in his career, including one on clay courts (Belgrade, 2010).

Garin is a former French Open junior champion, having won that title in 2013.

He is the first Chilean to reach the US clay semifinals since 2000 when Chile’s Fernando Gonzalez defeated countryman Nicolas Massu in 2000. Gonzalez is the last Chilean to win an ATP title, doing so in Viña del Mar in 2009.

Garin has reached the semifinals for the second time in his past three tournaments. In February, he reached his first-ever quarterfinal, semifinal and final in the same tournament in Sao Paulo.

Querrey and Garin will be facing off for the first time.

Ruud is the youngest of the semifinalists, having just turned 20 three days before Christmas. The native of Norway has reached his second straight ATP 250 semifinal, having also done so at Sao Paulo in February, where he lost to Garin.

Ruud is coached by his father, Christian, who won the River Oaks International title in 1996. He was also runner-up in 2001.

He is bidding to reach his first ATP final.

Ruud awaits the winner of the suspended quarterfinal between Galan and Thompson that is level at 3-all in the third set. Galan won the opening set 6-1 but Thompson stormed back to take the second 6-4.

Should he win, Thompson will be contesting his first career ATP semifinal. The Australian had previously reached a pair of quarterfinals in 2019.

A quarterfinal win for Thompson would be his 14th of the young season, which would be a career high. That comes on the heels of him having won just one match during his 2018 campaign.
Ruud won the only previous meeting against Thompson, a five-set encounter of the first round of the French Open.

Should Galan win, he, too, will be contesting his first semifinal. Galan received a wild card into qualifying last Friday. He would be the first qualifier to reach the US Clay semifinals since Houston resident Michael Russell did so in 2012. No qualifier has reached the US clay final since Mariano Zabaleta in 2007.

Entering this week, Galan had only one match win at an ATP Tournament, reaching the second round in Bogota in 2015.

He is bidding to be the first player from Colombia to reach the US Clay finals.

Ruud defeated Galan twice in Major qualifying last year, at the French and US Opens. Both victories were in straight sets.