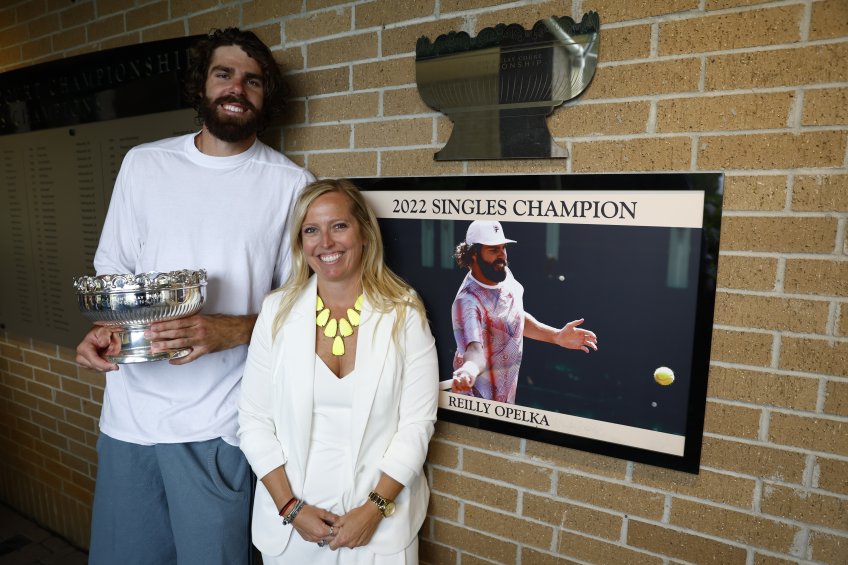 Women’s professional tennis coming back to where it started, thanks, in part, to a very familiar face around River Oaks.

“It has been a tremendous experience to work with the WTA to plan their year-end championship,” Greer said. “I am very much looking forward to playing a part in welcoming the WTA’s eight best players and teams from this season to Texas and showcasing this great sport once again in our state.”

The WTA's final regular season event began Oct. 17 in Guadalajara, with five singles and three doubles teams still to be confirmed for the finals. Singles qualifications include World No. 1 Iga Swiatek, Ons Jabeur and American Jessica Pegula. Pegula will also play doubles at the WTA Finals with countrywoman Coco Gauff, who is also on the verge of singles qualification herself. (Read more from WTA)

The WTA Finals were originally scheduled to take place in China this season, however, a few factors, including ongoing COVID-19 restrictions, resulted in the WTA looking for a temporary home for this year.

During the US Open, the WTA announced Fort Worth would host the tournament. Shortly after the announcement, the Tour called Greer.

“Due to the venue change, the WTA had less than two months to fully plan their marquee event,” she explained. “They were looking not only for a co-Tournament Director but also a team that could quickly put plans in place and execute this event.”

That meant Greer quickly enlisted US Clay Tournament Manager Haley Wallace to serve as co-Operations Director in Fort Worth. Joining them will be familiar faces around River Oaks, Gilly Agosto and Becky Choice.

“These events really do take a village, and we’re so fortunate to have a great team at River Oaks that we could call on to also help in Fort Worth.”

This is not the first time Greer has been able to provide her skills to a major global sporting event. Her resume includes working at the hockey venue at the 2010 Vancouver Olympics, a Games that saw her native Canada win a gold medal on home soil.

“I really enjoy the opportunity to work on other projects, but I find myself always keeping a close eye on what aspects of these events can we possibly bring back to River Oaks to make US Clay even better,” she explained.

And the US Men’s Clay Court Championship is never far from her mind even throughout the WTA Finals prep work. In fact, within 72 hours of the WTA Finals wrapping up in Fort Worth, Greer will be touching down in Turin, Italy for meetings at the ATP Tour Finals.

“I know April is right around the corner,” she said. “Our work getting ready to welcome the ATP back to Houston certainly has not stopped, and we’re looking forward to another great tournament week at River Oaks in April.”

The WTA Finals will be held Oct. 31-Nov. 7 at Dickies Arena. Tickets are on sale now and available from Ticketmaster.