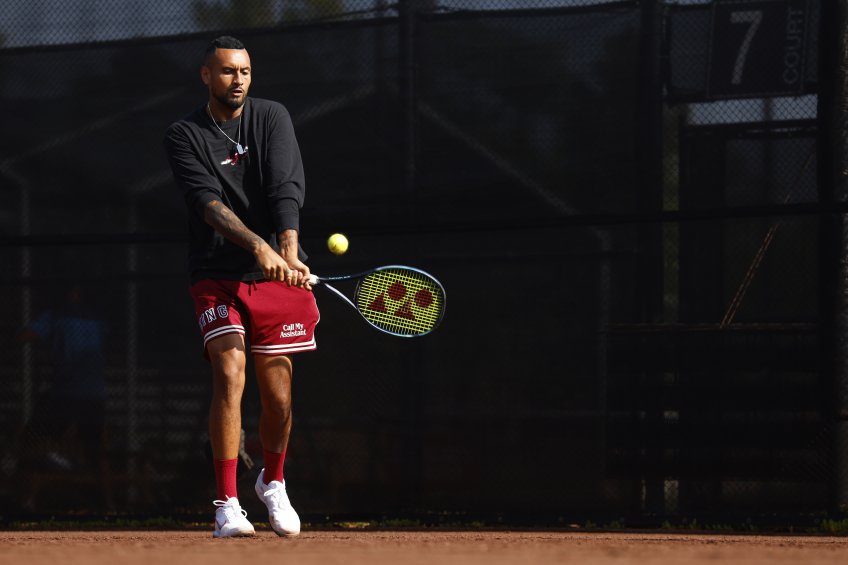 
The first ATP Tour main draw action at River Oaks since 2019 features all 12 singles first round matches that includes four top 50 ranked players and a pair of former NCAA singles champions. The day session at River Oaks begins at 12 p.m. The night session starts at 6 p.m.


Kyrgios goes up against former NCAA champion from UCLA Mackenzie McDonald. McDonald defeated Kyrgios last year in Washington en route to his first ATP Tour final.  Kyrgios reached the quarterfinals as the No. 4 seed in his last appearance at River Oaks in 2018.


Defending champion Cristian Garin starts his title defense by facing 2015 champion Jack Sock. Garin’s first ATP Tour title came at River Oaks in 2019 and has accumulated five career titles. With his victory in River Oaks, Garin became the first Chilean player to win an ATP Tour title since 2009 (Fernando Gonzalez at Viña del Mar) and the first from his country to win at US Clay since Gonzalez in 2000 at Orlando. In their only matchup, Sock defeated Garin in four sets at Wimbledon in 2017.


Two-time champion Steve Johnson faces fellow American Denis Kudla, who he defeated in the first round at River Oaks in 2014. Johnson looks to become just the fourth player in tournament history to win three titles. Kudla, however, leads the head-to-head matchup over Johnson 2-1.


Former NCAA singles champion from UCLA Marcos Giron takes on the No. 6 seed Frances Tiafoe. Giron won the only previous match against Tiafoe, defeating him in the round of 64 at the ATP Masters 1000 in Paris.


Former Ohio State All-American J.J. Wolf, who was given a wild card, eyes an upset over No. 8 seed Jenson Brooksby. Brooksby, who made his first ATP Tour final in Dallas in February, is the youngest player in this year’s River Oaks field at the age of 21.


In other US Clay news, American Michael Mmoh joined the field as a Lucky Loser after No. 1 seed Capser Ruud withdrew on Sunday due to a wisdom tooth issue. Mmoh’s entry sets a new River Oaks tournament record with 16 Americans in the main draw.


Tuesday’s Stadium Court matches will be available to watch on ESPN3. Click here for the online links and the rest of the TV schedule.