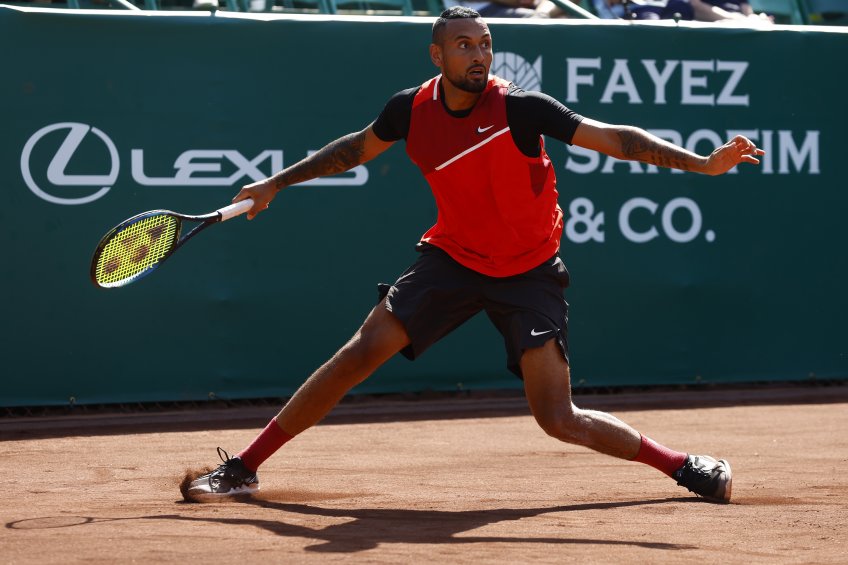 
Play begins at 1 p.m. The matches on Stadium Court will be available to watch on ESPN3. Click here to watch


Opelka and Kyrgios have only previously met at the ATP Masters 1000 in Canada last year, where Opelka won en route to the final. The two battle for their first-ever River Oaks final, with Opelka seeking his first ATP Tour final on clay. Kyrgios is searching for his second ATP Final on clay.


"I'm excited to be in the semifinals against Reilly, someone who has been playing extremely well for the last couple of years and finding his game and executing,” Kyrgios said. “I'm excited to go out there again in front of the Houston crowd. The key is going to be serving well and it could come down to a couple of points."


Garin and Isner will meet for the fourth time in their ATP Tour careers in the battle of former champions, with Garin winning the head-to-head 2-1. This will be the two former champions first meeting on a clay surface and the first meeting of two former champions at RIver Oaks since 2016 (Isner and 2015 champion Jack Sock). Garin, who has won all of his matches by three sets at River Oaks this year, is seeking to become just the fifth player in tournament history to have a successful title defense.

"(Clay) is probably his favorite surface, but I actually think he's really good on anything," Isner said of Garin. "He hits the ball really flat. He doens't have a crazy top spin on the ball like a lot of crazy clay courters do, but what separates him is his movement on the court."

Serbian twins Ivan and Matej Sabanov earned a spot in the doubles final thanks to a 6-3, 7-5 win over American doubles team William Blumberg and Max Schnur in the semifinals. They face Australian Open doubles finalists Matthew Ebden and Max Purcell. Ebden and Purcell enter their second doubles final of the season, with Purcell seeking his first doubles title and Ebden eyeing the fifth of his career.