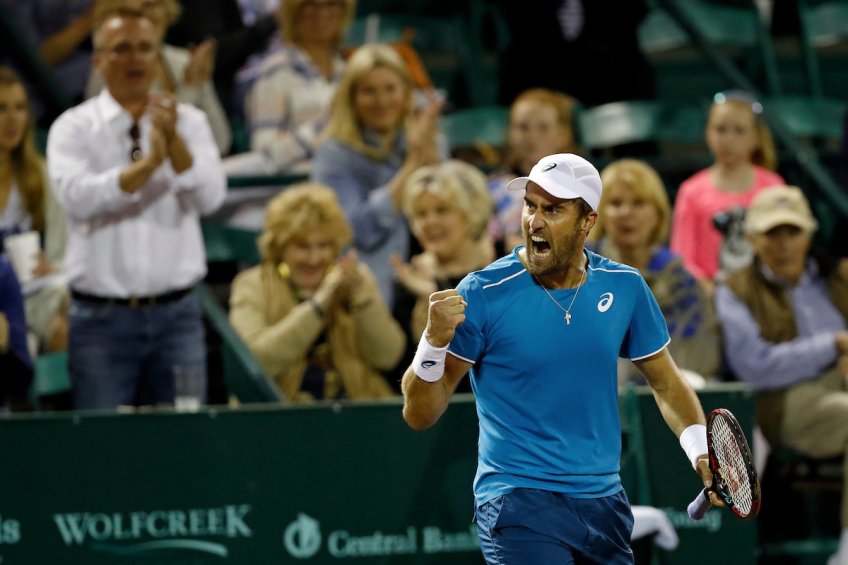 When main draw play kicks off at the Fayez Sarofim & Co. US Men’s Clay Court Championship on Monday, it will be two-time defending champion Steve Johnson headlining the 28-player field.


After successfully defending his title here last year, 29-year-old Johnson went on to capture his fourth career title on the grass in Newport three months later. He looks to join Bobby Riggs and Bill Tilden as the only players to three-peat at River Oaks.


Frenchman Jeremy Chardy, Great Britain’s Cameron Norrie and Reilly Opelka round out the top four seeds, all receiving a first-round bye. Johnson and Opelka are two of 11 Americans in the main draw before qualifiers are placed on Sunday.


Opelka, 21, joins Johnson in the top half after a breakthrough start to his 2019 season. The 6-foot-11 Florida native captured his first title at the New York Open in February, rising to his current career-high rank of No. 56 in the world. He could face fellow American and No. 5 seed Taylor Fritz in the quarterfinals.


The bottom half of the draw features No. 2 seed Chardy, who reached the quarterfinals the last time he competed in Houston four years ago. The 32-year-old is coming off a strong 2018 season, currently sitting near his career-high rank of No. 25 in the world.


Chardy’s quarter includes sixth-seeded California native Mackenzie McDonald. A former NCAA singles and doubles champion for UCLA, McDonald is another young American finding his stride in 2019. The 23-year-old notched his first top-10 win over world No. 4 Juan Martin del Potro en route to the semifinals in Delray Beach in February, propelling him into the top 60 in the world.


Also in the bottom half is another former collegiate player in third-seeded Norrie. The 23-year-old Brit rose to No. 1 in the country during his time at TCU, where he played until 2017. Since turning pro, he has risen from outside to top 250 in the world to a top-50 debut earlier this year.


No. 8 seed Sam Querrey joins Chardy, McDonald and Norrie in a loaded bottom quarter also featuring 2018 finalist Tennys Sandgren. Querrey, a singles finalist in 2010, will open his campaign against wild card Bjorn Fratangelo in the only all-American first-round faceoff.


Qualifying play for the four remaining spots in the draw begins at 10:00 a.m. on Saturday.