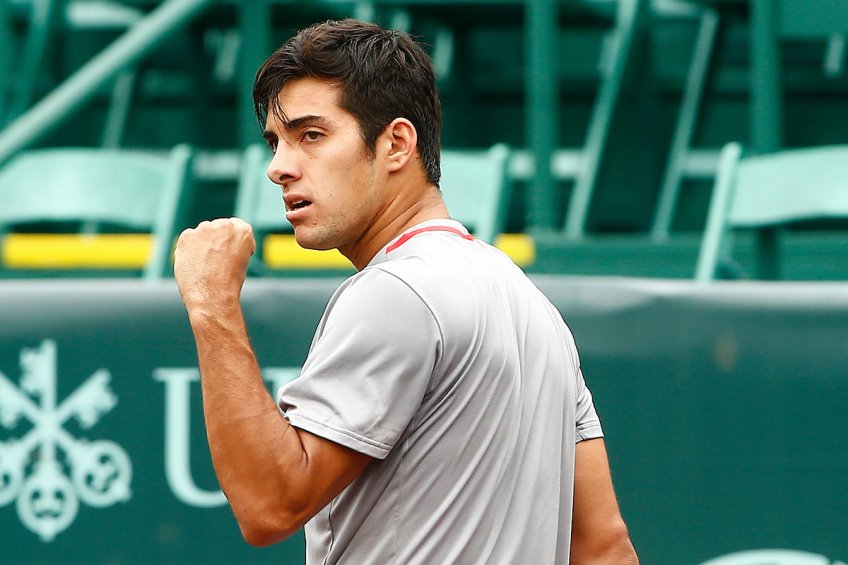 Querrey, 31, kept chances for a third straight American US Clay champion alive with a 7-6(6), 7-6(4) win over Serbian veteran Janko Tipserevic early in the day.

He fired 23 aces in the match, tying John Isner for the second most aces ever hit here in a straight-set match. Even with impressive serve stats, the California native faced set points in both sets before closing out the match.

“You tell yourself not too feel nervous [in those close moments], but you just have to will yourself through it and be OK with missing,” Querrey told Tennis Channel’s Brett Haber.

Querrey will face rising star Christian Garin, nine years his junior, in his quest to reach a third US Clay final.

With Garin’s straight-set win over qualifier Henri Laaksonen, he became the first Chilean to reach semifinals here since Fernando Gonzalez beat countryman Nicolas Massu in the 2000 final. It’s the 22-year-old’s second semifinal of the season on clay, also reaching the final in Sao Paulo in February. With his win today, he moves to a new career-high rank of No. 65 in the world.

“I played very intense with my serve,” Garin said at the Tennis Channel desk. “I try to play aggressive with my backhand, and I think I played a really good match. He’s a really solid player, who plays really aggressive with his forehand, so I tried to make him play with his backhand.”

Garin defeated Alexander Zverev to capture the Roland Garros boys’ title in 2013, but he’s since had a slower rise than the superstar German, who has become a fixture in the top five over the past two years. Though Garin has watched Zverev’s success from afar, he’s comfortable moving at his own pace.

“For me, everyone has a different way,” he explained. “I’m happy I’m here. I’m still young, and I’m having my best results now. I’m enjoying my game, my tournament my life, and I think that’s really important.”

On the top half of the draw, it was another young player sending a message. Casper Ruud dismantled 2008 champion Marcel Granollers in 62 minutes, spoiling the Spaniard’s 33rd birthday. The 20-year-old from Norway has been enjoying his time on and off the court this week, even playing a round of golf.
“This feels really good,” Ruud told the Houston media. “It’s a good way to start the clay season. I have been feeling really good this week. Everyone is taking such good care of us. It was a great atmosphere, and I’ve been able to play great tennis.”


Ruud’s opponent has yet to be decided due to Friday night rain. After splitting sets, Colombia’s Daniel Elahi Galan and Australia’s Jordan Thompson were locked at 3-3, 15-15 the decider when the downpour arrived. They will resume at 1:00 p.m. on Saturday.