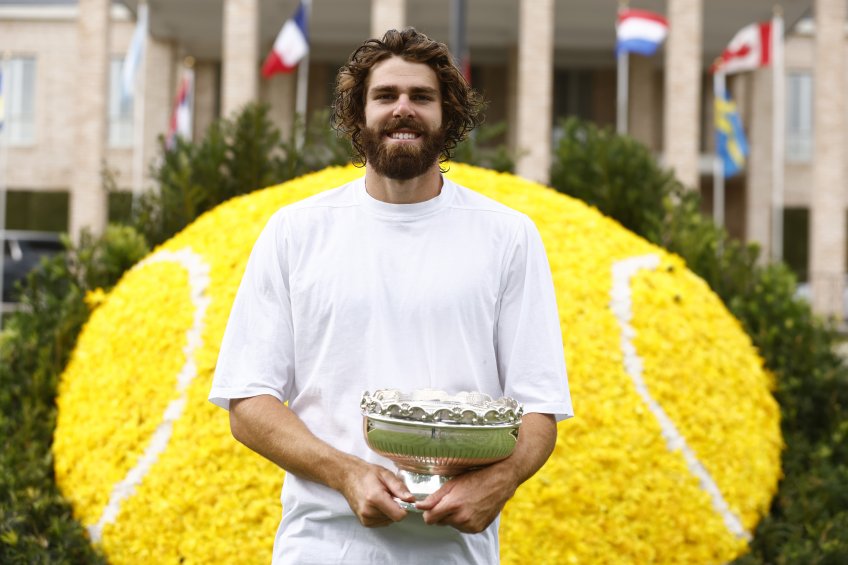 
Opelka won his fourth career ATP Tour title and made his sixth Tour-level final on Sunday. The 2015 Wimbledon junior champion made his first appearance in the final at River Oaks. Coming into this tournament, Opelka was winless in three trips to River Oaks, where he made his ATP Tour debut in 2016.

"It was a great week overall," Opelka said. "After the first round, I played pretty good tennis the whole time. My expectations were low, but you can't come in without any goal in the back of your mind. I remained optimistic throughout the week and it worked in my favor."


Opelka opened with his served firing, winning the first two service games without losing a single point, including the second game in which he fired four straight aces.

Then Opelka took hold on the set with a break in the eighth game - a stark contrast to their previous meeting in which neither player even had a break opportunity.
The second set was a more familiar script for the Americans. The opening set was the first in their last 13 to have not been decided by a tie-break. But it was holds all the way through in this second set, leading to a tie-break.

Opelka built a 3-1 lead in the tie-break, but squandered it to give Isner set points at 6-4. Opelka fought off both sets points, then a third at 7-6, before closing out the match on his first championship point.
The 24-year-old Opelka remained undefeated in Texas this season at 8-0, previously winning the title in Dallas in February. All Opelka’s titles have come in the United States (2019 New York, 2020 Delray Beach, 2022 Dallas, 2022 Houston).

The week after the Dallas title, Opelka reached the final in his hometown of Delray beach. His three finals this season is second on the ATP Tour, just one behind tour-leader Rafael Nadal (4).

"Dallas was a great one and River Oaks is another great one," Opelka said. "I backed it up after Dallas and Delray Beach and now I want to back it up well in my next tournament in Munich."
This year’s final between Opelka (6-foot-11) and Isner (6-foot-10) was the tallest final on the ATP Tour in the Open Era. The 2022 final was the first all-American ATP Tour final on clay since 2018 at River Oaks (Steve Johnson defeated Tennys Sandgren) and the ninth in tournament history.

At 36, Isner became the oldest finalist in US Clay history in the Open Era. Isner, the 2013 River Oaks champion, set the tournament aces record with 79 in 2022. Opelka hit 50 aces during the tournament, good for the ninth-most in tournament history.
The 2023 U.S. Men’s Clay Court Championship will take place April 1-9 at River Oaks Country Club.