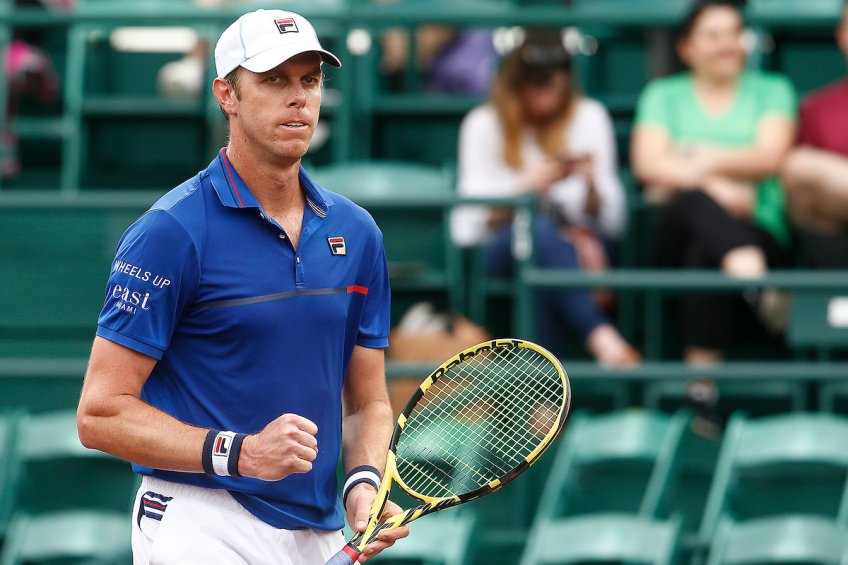 A familiar face, an upset specialist and a comeback king are among the eight players from eight different countries set to contest quarterfinals at the Fayez Sarofim & Co. US Men’s Clay Court Championship.

Rising Colombian star Daniel Elahi Galan continued his unlikely demolition of the US Clay draw with his biggest upset yet, stunning two-time defending champion Steve Johnson 6-3, 6-3 to reach his first career ATP Tour quarterfinal. The qualifying wild card is currently ranked No. 241 in the world.

“It’s amazing,” he said during his post-match trip to the Tennis Channel desk. “The crowd was incredible. The stadium was completely full. [Earlier this week] I was on the outside courts with only a few people watching.”

Galan will face Australia’s Jordan Thompson, who capped off Thursday night with a nearly three-hour 4-6, 7-6(1), 7-5 win over another Colombian, Santiago Giraldo.

No. 8 seed Sam Querrey, 31, is the lone American in the bunch, taking out Spain’s Guillermo Garcia-Lopez for the seventh time in his career. The two-time US Clay finalist clocked six aces in the 73-minute match, poking fun at his clay-court prowess immediately afterward with Tennis Channel’s Brett Haber.

“Well, I still can’t slide on my right foot, so we are 13 years into my career and I can’t do that,” Querrey said, laughing. “But I enjoy the clay. I don’t alter my game too much, so it’s fun to play a handful of tournaments during the year.”

This is the 11th time Querrey has played at River Oaks, last reaching the final in 2015, where he lost to Jack Sock. Friday will mark his sixth trip to the quarterfinals.

“If you ask all the guys that play here, Americans, Europeans or South Americans, they all love it,” Querrey said of River Oaks. “It’s one of the few tournaments at a country club. The members are great, you have a big crowd on every court. It’s a gem of a tournament.”

He’ll next face Serbian wild card Janko Tipsarevic, who reached his first quarterfinal since 2016 with a 6-3, 6-4 upset of No. 3 seed Cameron Norrie. The 34-year-old former world No. 8 is playing in just his third tour-level tournament since missing over a year-and-a-half following multiple hamstring surgeries.

“It’s one thing to be tired on your practice or fitness, but it’s another thing to mentally deal with adversity on the court,” Tipsarevic said at the Tennis Channel desk. “The only way to get used to it is to play and win as many matches as possible.”

This season marks Tipsarevic’s second major injury comeback in recent years. Multiple operations to remove a benign foot tumor in 2014 sidelined him for 17 months, eventually making his first comeback right here in Houston after receiving a wild card in 2015. With seven total surgeries now under his belt, Tipsarevic is encouraged by his performance this week.
Play begins at noon on Friday.