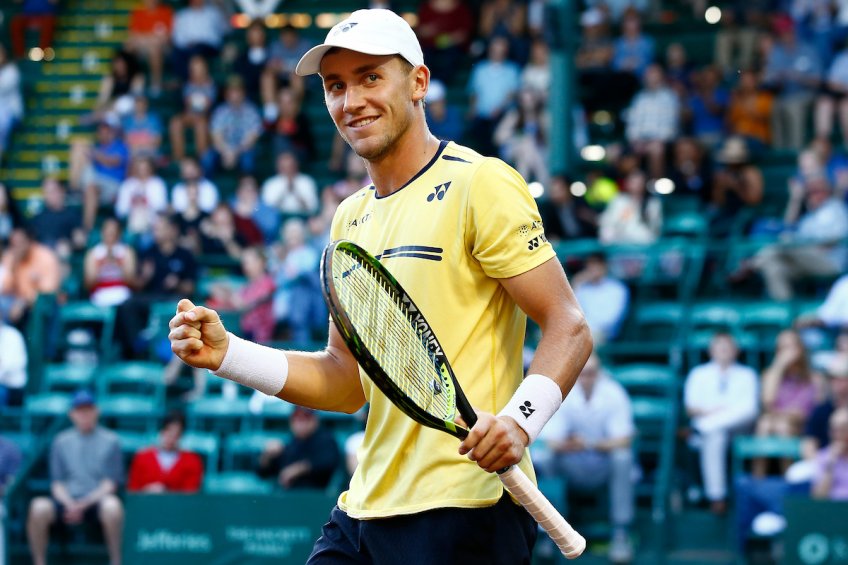 Garin, 22, and Ruud, 20, will contest the youngest US Clay final since 2000 when Garin’s Chilean countrymen Fernando Gonzalez (19) and Nicolas Massu (20) battled for the title.

It will be a rematch of the Sao Paulo semifinal in February, which Garin won 6-4, 6-4 before falling to Guido Pella in the final.

Both players are competing in Houston for the first time and both will depart with new career high rankings. Garin would make his top 50 debut and Ruud would break into the top 60 with a win on Sunday.

Ruud, who will be competing in his first ATP Final, is the youngest finalist here since Andy Roddick in 2002. He found his stride on clay earlier this season, reaching his second career semifinal in Sao Paulo before falling to Garin.

“[My father] said this club is amazing and beautiful and it lived up to my expectations,” said the younger Ruud, who made time for some golf during his downtime at River Oaks this week. “It’s a great facility for tennis.”

Ruud grew up idolizing Rafael Nadal, which may explain the fact that he’s reached two semifinals and a final on the surface.

Garin lists his idols as Marat Safin, Carlos Moya and countryman Nicolas Massu. Like Ruud, he was also introduced to the game by his father, who works as an engineer. He relied on both of his parents to support him, explaining to Houston media that Chile’s location made professional tennis an expensive endeavor.

When they face off on Sunday, one will walk away a first-time ATP Tour champion, and Houston fans will get an up-close-and-personal look at the future of tennis.