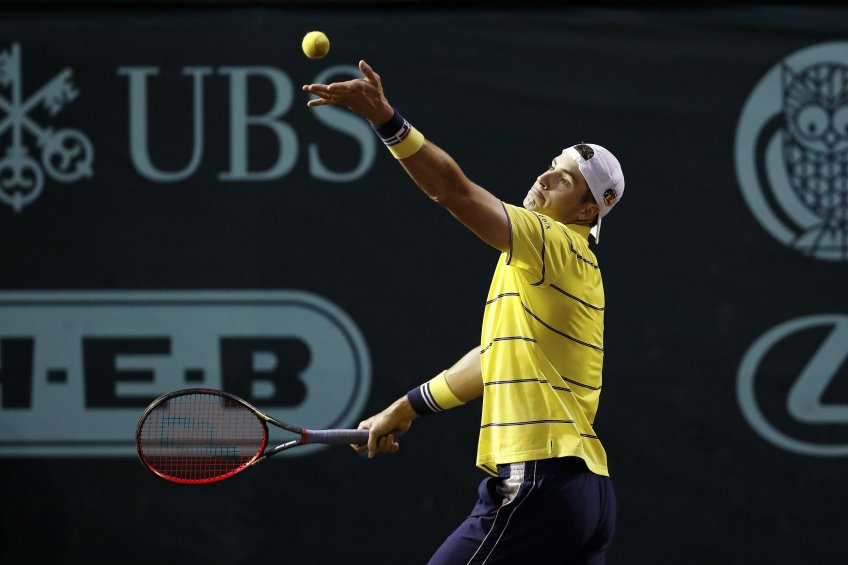 Isner finished 2019 ranked No. 19 in the world. It marks his 10th straight season with a year-end Top 20 ranking. He joins Novak Djokovic, Roger Federer and Rafael Nadal as the only players to finish in the Top 20 in each year of the soon-to-be completed decade.

The winner of 15 career titles, he claimed at least one trophy in nine of the decade’s 10 years. He has been a finalist on 13 other occasions in his career.

“John is like family to our patrons, and we are very excited to welcome him, and his growing family, back to River Oaks,” said Tournament Director Bronwyn Greer. “John has been among the most consistent players on tour for the past 10-plus years, and we are thrilled that US Clay has been a regular stop for him during his career.”

Isner missed this year’s Houston event after suffering a foot injury during the final of the previous tournament in Miami. It marked the first time he did not play US Clay since it moved to River Oaks in 2008. Overall, he is 15-10 at the event, with a runner-up finish in 2012 to join his 2013 title.

A former NCAA champion at the University of Georgia, Isner now lives in Dallas with his wife, Madison, and their two children. His daughter will turn 15-months-old this weekend while his son turns two-months-old next week.

The 19th ranked Isner is the second Top 20 player to commit to play US Clay in April, joining No. 20 Grigor Dimitrov. Fellow Americans Frances Tiafoe and Sam Querrey will join Isner in the River Oaks field along with Spain’s Feliciano Lopez and Norway’s Casper Ruud, the 2019 finalist.

Isner’s former Davis Cup teammates, Bob and Mike Bryan, will return to River Oaks to pursue their seventh US Clay doubles title in what they have said will be their final pro season. Lopez will also play doubles with countryman Marc Lopez (no relation).

The initial entry list for the 28-player singles field will be released in late February, followed by the early entries among the 16 doubles teams in late March.

All tickets for the 2020 event are on sale now. To purchase or for more information, visit mensclaycourt.com/tickets.