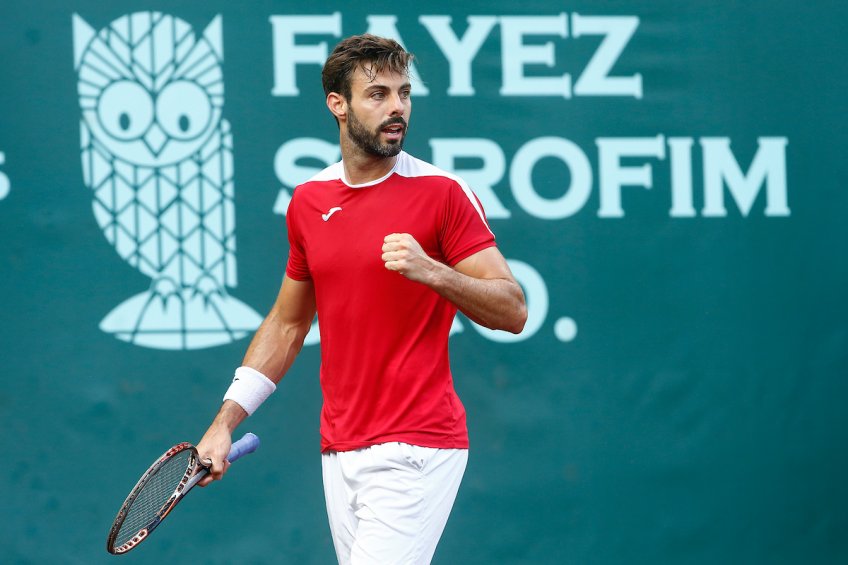 Main draw play kicked off and qualifying concluded on a warm, breezy Monday at the Fayez Sarofim & Co. US Men’s Clay Court Championships.

Spain’s Marcel Granollers, who captured the US Clay title in 2008, upset No. 5 seed Taylor Fritz 6-2, 4-6, 6-2, notching his second tour-level victory of the season. Granollers, 32, has been ranked as high as No. 19 in the world, but last played in River Oaks a decade ago.

“I won my first big title here in Houston,” said Granollers. “It was a long time ago, but playing here in this amazing court made me feel very good and very happy.”

In 2018, Fritz tallied his second and third clay-court victories at River Oaks to reach the semifinals, but the Spaniard prevented a repeat performance.

“He played very good last year,” Granollers said of Fritz. “He feels good in these conditions, but I also like these conditions and the key was playing hard every point.”

Another former champion sat courtside on Monday, watching his son Casper Ruud. Norway’s Christian Ruud captured the River Oaks title in 1996, and now coaches the 20-year-old rising star. The younger Ruud is off to a solid start in 2019, breaking into the top 100 for the first time this season.

In a three-set battle of South Americans, it was Chile’s Christian Garin, 22, who got the best of Uruguay’s Pablo Cuevas, 11 years his senior. Garin is currently ranked inside the top 75 in the world after reaching his first ATP final on clay in Sao Paulo in Febuary.


Qualifying matches held over due to Sunday’s rain wrapped up early in the day. No. 1 seed Henri Laaksonen advanced to the main draw with a 6-3, 5-7, 6-3 win over Fort Worth’s Mitchell Krueger, while Serbia’s Pedja Krstin defeated Darian King 7-6(4) 7-5.