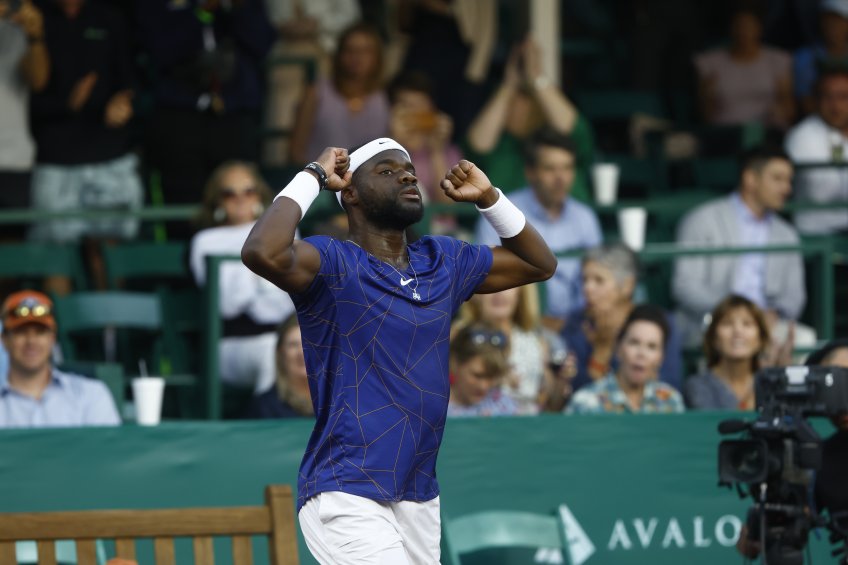 
Play begins at 12 noon on Friday. The singles matches on Stadium Court will be available to watch on ESPN3. Click here for the online links and the rest of the TV schedule.

VIEW ORDER OF PLAY
Garin, who looks to become the 10th player in the Open Era to capture multiple US Clay titles, takes on No. 2 seed Taylor Fritz, the top-ranked American. Fritz, who won his first ATP Masters 1000 title in Indian Wells last month, is seeking his second career semifinals at River Oaks.

John Isner, the 2013 champion, broke the record for most aces in a match in tournament history with 38 in his win against Steve Johnson on Thursday. Isner faces fellow American and No. 6 seed Frances Tiafoe, who beat former semifinalist Pablo Cuevas to earn his first trip to the quarterfinals at River Oaks.


Australian wild card Nick Kyrgios, who made his second quarterfinals in a United States event this season, looks for his first final four at River Oaks. Kyrgios takes on American Michael Mmoh, who became the first Lucky Loser in the Open Era to advance to the US Clay quarterfinals.


Houston-born Gijs Brouwer, who is representing the Netherlands, looks to continue his red-hot run in his first ATP Tour main draw when he takes on No. 3 seed Reilly Opelka. After winning his third career title in Dallas in February, Opelka is currently on a five-match win streak in the matches played in Texas.