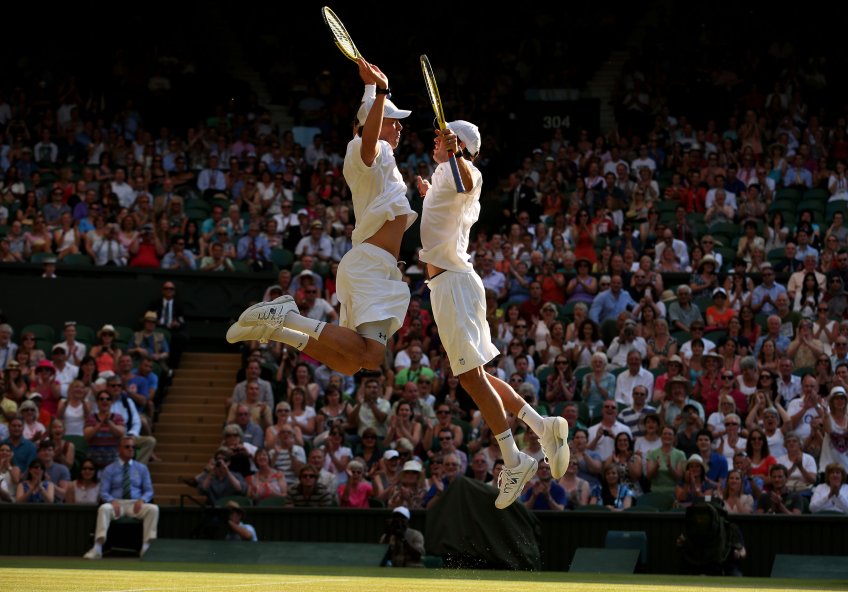 As twins, Bob and Mike Bryan have always been linked. The duo will forever be connected as they have rewritten history books as the most successful doubles team in tennis history. They have lifted 119 trophies together, including all four Grand Slams, all nine Masters 1000s, four ATP Finals and an Olympic gold medal. The brothers have been recognized as Fan Favorites of the ATP Tour 14 times, and they have finished 10 seasons as the No. 1 doubles team.

These 41-year-old brothers began their tennis career at Stanford University, helping the Cardinal win back-to-back NCAA championships. In 1998, Bob won the “Triple Crown” by capturing the NCAA singles, doubles and team titles. Later that year, the duo commenced their professional career on the ATP Tour.

Bob and Mike hit the courts running, booking their first final appearance at US Clay in 1999, and claiming the first title of their career in 2001– but their success was only beginning. Year after year, the brothers continued to shatter records on their path to becoming the most successful duo of all time.

Their success and popularity are overwhelmingly evident at US Clay. The Bryans are the winningest players in tournament history, boasting a 42-11 record in 17 previous appearances at the tournament. The California brothers have twice been finalists and reached the semifinals four additional times. In their last 12 appearances at the tournament, the Bryans have either won the title or lost to the eventual champion. In 2010, the brothers were awarded the Langston Trophy for demonstrating excellent sportsmanship. Off the court, Bob and Mike make the most of their time in Houston. From playing tennis with fans to concerts and autographs, the twins are quite popular at River Oaks.

Bob and Michelle Alvarez married in 2010, and the couple share three children together. Mike married Nadia Murgasova in November 2019, and they welcomed their first child Jake in May 2020. The brothers are shifting their lives from twin tennis champions to loving husbands and fathers.

What’s next for the most accomplished team in doubles history? After an unbelievable career, the brothers might just sit back and relax!

Take a look back at their storied career: Photo Album 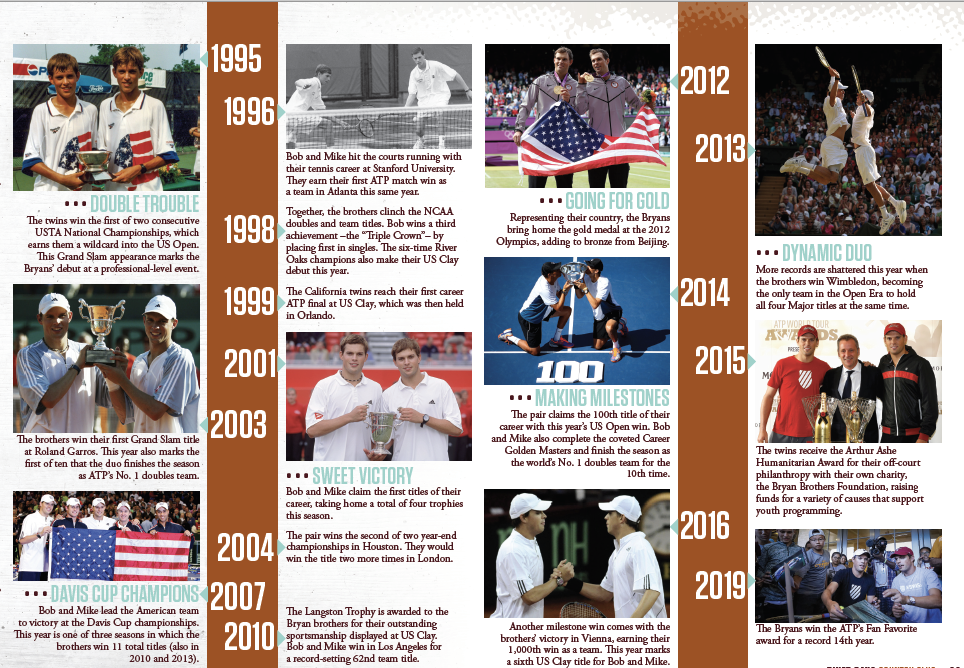