Dimitrov Commits to US Clay 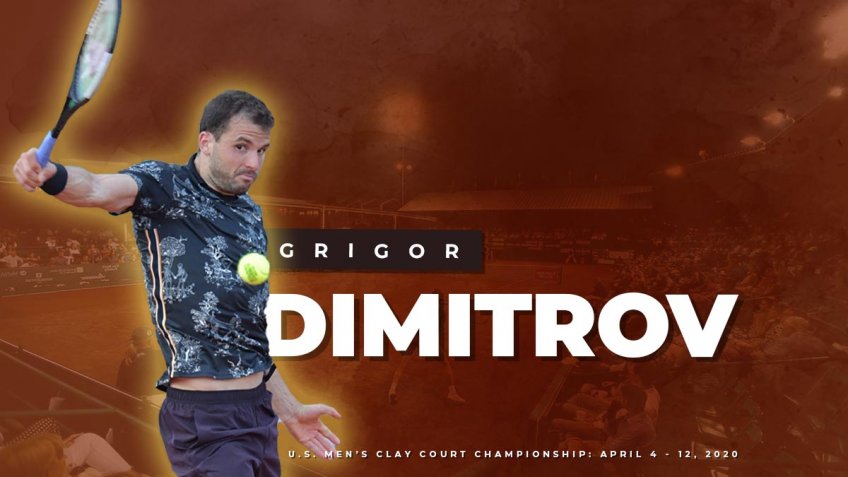 The 28-year-old Bulgarian will return to River Oaks for the first time since then 19-year-old Dimitrov reached the second round in his 2011 tournament debut.

“I am excited to get to compete in Houston this year. I haven’t competed there in a number of years, but have great memories and am looking forward to coming back. Houston is one of my favorite US cities and I hope I will have some time to explore the area.”

Dimitrov, who currently ranked No. 20 in the world, had a strong finish to 2019, reaching the semifinals at both the US Open and the ATP Masters 1000 event in Paris. Late in the year he reached the 300-match win milestone.

“Grigor was popular when he first played at River Oaks as a teenager, and his successful career since will only make it that much more exciting to welcome him back,” said Tournament Director Bronwyn Greer. “While we’re still 10 days away from putting single session tickets on sale, a player commitment like this makes a lot of us wish the tournament was starting much sooner.”

The owner of eight career titles, Dimitrov has played in 15 ATP finals. His most successful campaign to date was 2017, during which he won a career high four titles, including at the ATP Tour Finals in London and the ATP Masters 1000 in Cincinnati.

Dimitrov has reached as high as No. 3 in the ATP rankings. In 2008, Dimitrov reached No. 1 in the world junior rankings following titles runs at Wimbledon and the US Open.

Two-time US Clay champion Andre Agassi has worked with Dimitrov as a coaching consultant since late in the 2018 season.

Dimitrov joins three previously announced players in the 2020 singles field - 20-year-old Casper Ruud who was the 2019 US clay runner-up, 21-year-old American Frances Tiafoe and two-time River Oaks finalist Sam Querrey. Additional commitments will be announced in the coming weeks, with the initial entry list for the 28-player field due to be released at the end of February.

The record-setting tandem of twins Bob and Mike Bryan will headline the River Oaks doubles field. The six-time US Clay champions have announced that 2020 will be their final ATP season.

Full week ticket packages are available now, while single session and the popular Champ Pass which includes the final three days of the tournament, will go on sale Dec. 1. For more information, or to purchase tickets, visit mensclaycourt.com/tickets.