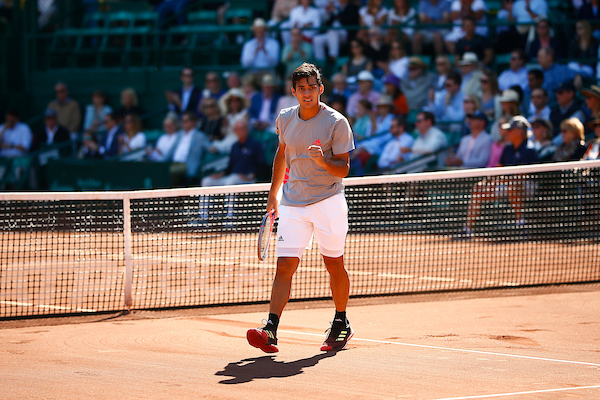 Cristian Garin, the 2019 champion of the Fayez Sarofim & Co. U.S. Men’s Clay Court Championship, is set to defend his title at River Oaks Country Club when the tournament returns April 2-10, 2022.

The 25-year-old Chilean has captured five career ATP singles titles, winning at least one championship on clay in each of the last three seasons. Garin also posted his best result at the French Open and Wimbledon when he reached the Round of 16 earlier this year and jumped his way to a career-high ranking of 17 on Sept. 13.


With his win in Houston in 2019, Garin became the first player from Chile to win an ATP title since Fernando Gonzalez at Viña del Mar in 2009 and the first from his country to win at US Clay since Gonzalez in 2000. His path to the title included saving five match points in a second round victory over No. 2 seed Jeremy Chardy. Following his win over two-time US Clay finalist Sam Querrey in the semifinals, Garin downed Casper Ruud, who recently obtained his 50th win of the 2021 season, in the final to pick up his first career ATP title.


Winning the 2019 title at 22, Garin was the youngest US Clay champion since 22-year-old Jack Sock won the 2015 title. He was also the first player to win the title at River Oaks in his event debut since Juan Ignacio Chela in 2010.


“We are ecstatic that Cristian will be back at River Oaks to defend his title,” Tournament Director Bronwyn Greer said. “Cristian has had tremendous success since winning the 2019 tournament. This makes our 2022 tournament much more exciting and I hope our fans are eager for our event in April with this news.


At 16 years and 8 months old, Garin became the youngest Chilean player to win an ATP Tour match when he defeated Dusan Lajovic in the first round at Viña del Mar in 2013. Garin defeated Olympic gold medalist Alexander Zverev to win the 2013 French Open junior title. He also reached career-high ranking No. 4 in the world as a junior.


Garin joins Querrey, the winningest active player in the U.S. Men’s Clay Court Championship, in committing to play the 2022 tournament. Querrey, who will be tied with fellow American James Blake for the second-most tournament appearances in the Open Era with 12, is a two-time Houston finalist and was a semifinalist in his last appearance in Houston.


The Fayez Sarofim & Co. U.S. Men’s Clay Court Championship will welcome fans to the River Oaks Country Club for the first time since 2019, with the 2022 tournament taking place April 2-10. West Grandstand season packages for the 2022 tournament will go on sale November 1 and can be purchased at https://www.mensclaycourt.com/tickets.


Daily tickets and the Champ Pass for finals weekend will be available for purchase December 12.