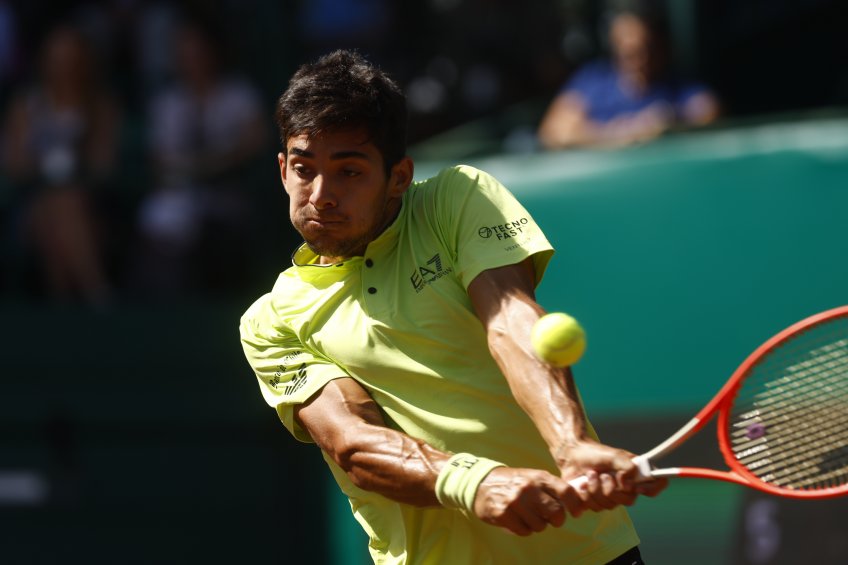 
Kyrgios takes on Opelka, the No. 3 seed, Saturday on Stadium Court. Garin, who looks to become the 10th player in tournament history to win multiple titles, takes on the 2013 River Oaks champion Isner. The doubles final will be between Australian Open doubles finalists Matthew Ebden and Max Purcell and Serbian twins Ivan and Matej Sabanov.


Opelka defeated Houston-born Gijs Brouwer, who is representing the Netherlands, 6-3, 7-5 to open Friday’s play on Stadium Court. Opelka has now won his sixth straight match in Texas, winning his third career title in Dallas back in February. He will appear in his fourth ATP Tour semifinal of the season and his first at River Oaks.


Kyrgios advanced to his first River Oaks semifinals after a walkover in the quarterfinals. Kyrgios’ opponent, Michael Mmoh, withdrew earlier on Friday due to a right adductor strain. Kyrgios, who is appearing in his first clay semifinals since 2016, is the first Australian to reach the final four at River Oaks since Lleyton Hewitt in 2009.


“You never know what you’re going to get from Nick,” Opelka said. “I have to serve better than I have been to beat that guy for sure.”


Garin moved to a career record of 8-0 at River Oaks with his quarterfinal victory over top-ranked American and No. 2 seed Taylor Fritz 6-2, 6-7(5), 6-3. The 25-year-old Chilean is looking to become the fifth player in tournament history to successfully defend his title. The defending champion has won all his matches at River Oaks in 2022 by three sets.

"We both played very intense for every point," Garin said. "It was an unbelievable match. (Fritz) is playing at a really high level. This is a big win for my career."

Isner, the No. 4 seed, won the three-set battle against fellow American Frances Tiafoe 6-4, 2-6, 6-3. The 16-time ATP Tour titleholder, who hit a tournament record 38 aces in his second round win, hit 15 aces against Tiafoe. He now has 53 at River Oaks in 2022, tied for the sixth-most in tournament history.

"I actually knew I would play better tonight and I did," Isner said. "Last night late in the second set, I finally figured out how to play most successfully on that court. I did that to finish the match off last night and I did that all tonight. I think that gave myself a lot of chances."