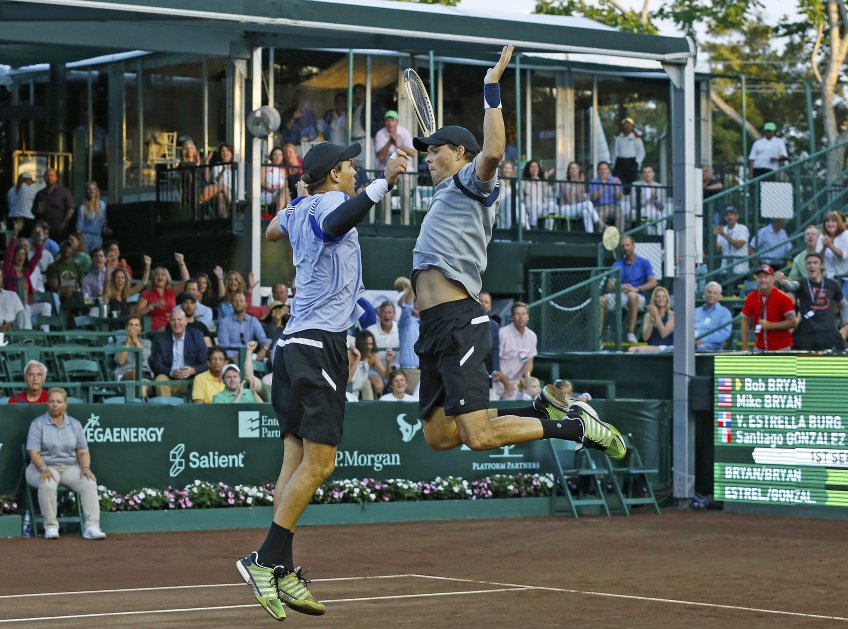 The announcement comes one day after the 41-year-old twins announced 2020 will be their final professional season.

“For the last 21 years, we have been so grateful for the opportunity to live out our dreams of playing professional tennis,” said Bob Bryan in comments released by the ATP Tour. “It has truly been a magical ride. However, we want to end this great ride while we’re healthy and we can still compete for titles.”

Mike Bryan added, “We are currently extremely motivated and excited going into our last season. We will enjoy and appreciate each moment we have while saying our goodbyes and giving thanks to the fans who have given us so much joy.”

The Bryans are the winningest players in US Clay history, boasting a 42-11 record in their 17 previous appearances at the tournament. In addition to six US Clay titles, the California brothers have twice been finalists and reached the semifinals four additional times.

In their last 12 appearances at the tournament, the Bryans have either won the title or lost to the eventual champion. They reached their first-ever ATP tournament final at US Clay in 1999, when the event was held in Orlando. They lost that title match to Jim Courier and Todd Woodbridge.

The Bryans success in Houston is not confined to River Oaks. They claimed two of their four ATP year-end championships when the tour’s Tennis Masters Cup was held at Westside Racquet Club in 2003-04.

“Bob and Mike are immensely popular in Houston certainly because of their success on the court but also for their incredible efforts to engage with fans off the court,” said Tournament Director Bronwyn Greer. “Their matches are always a highlight of our tournament week, and we are thrilled we will have the opportunity to celebrate their incredible career with them in April.”

Rivers Oaks was the site of an historical moment for the Bryans. In 2013, their semifinal victory was the 800th match win of their career, making them the first ATP team to reach that milestone. They have added to that tally, and now hold a 1,102-358 record.

As a team, the Bryans have won 118 titles while contesting 177 tour finals. Their title haul includes six Australian Opens, two French Opens, three Wimbledons and five US Opens. In addition, they have won each ATP Masters 1000 tournament at least once for 39 total. They also have represented the United States in winning the 2007 Davis Cup, gold at the 2012 London Olympics and bronze at Beijing in 2008.

The Bryans have spent 438 weeks together as the ATP’s No. 1 doubles team and finished ten seasons in the top spot. In public voting, they have won the ATP Fan Favorite Doubles Team honor 13 times.

They played their first professional tournament at the 1995 US Open. They turned pro in 1998 following successful careers at Stanford, which included a pair of NCAA team titles as well as a doubles championship.

The Bryans are the first doubles team to be announced for the 2020 tournament. In singles, the US Clay field will include 2019 runner-up Casper Ruud, two-time finalist Sam Querrey and 21-year-old American Frances Tiafoe. Additional commitments will be announced in the coming weeks, with the initial entry list for the 28-player field due to be released at the end of February.

Full week ticket packages are available now, while single session and the popular Champ Pass which includes the final three days of the tournament, will go on sale Dec. 1.  Click here for ticket information