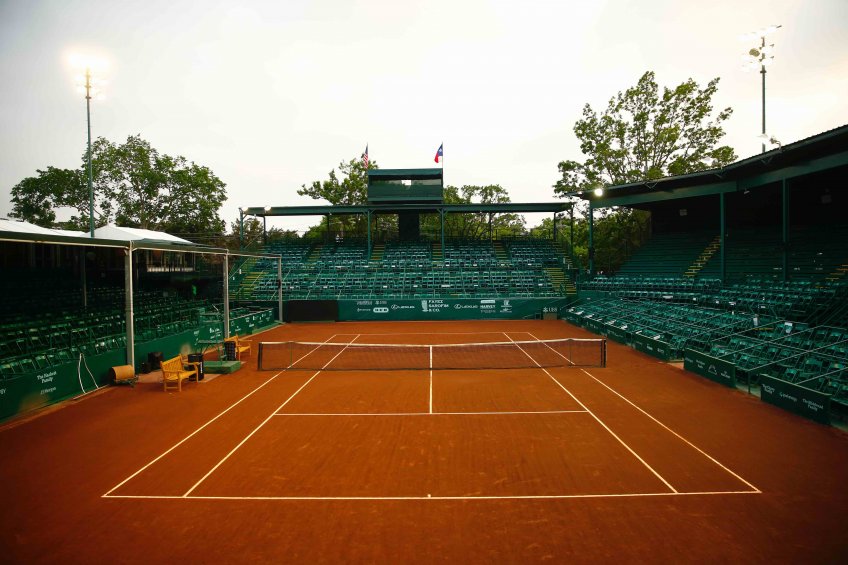 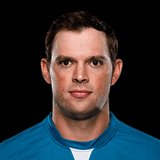 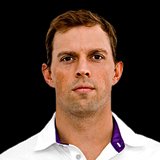 The Bryans are the winningest players in US Clay history, boasting a 42-11 record in their 17 previous appearances at the tournament. In addition to six US Clay titles, the California brothers have twice been finalists and reached the semifinals four additional times.

In their last 12 appearances at the tournament, the Bryans have either won the title or lost to the eventual champion. They reached their first-ever ATP tournament final at US Clay in 1999, when the event was held in Orlando. They lost that title match to Jim Courier and Todd Woodbridge.

The Bryans success in Houston is not confined to River Oaks. They claimed two of their four ATP year-end championships when the tour’s Tennis Masters Cup was held at Westside Racquet Club in 2003-04.

As a team, the Bryans have won 118 titles while contesting 177 tour finals. Their title haul includes six Australian Opens, two French Opens, three Wimbledons and five US Opens. In addition, they have won each ATP Masters 1000 tournament at least once for 39 total. They also have represented the United States in winning the 2007 Davis Cup, gold at the 2012 London Olympics and bronze at Beijing in 2008.

The Bryans have spent 438 weeks together as the ATP’s No. 1 doubles team and finished ten seasons in the top spot. In public voting, they have won the ATP Fan Favorite Doubles Team honor 14 times.

They played their first professional tournament at the 1995 US Open. They turned pro in 1998 following successful careers at Stanford, which included a pair of NCAA team titles as well as a doubles championship. 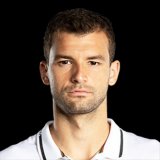 The 28-year-old Bulgarian will return to River Oaks for the first time since then 19-year-old Dimitrov reached the second round in his 2011 tournament debut.

Dimitrov, who currently ranked No. 22 in the world, had a strong finish to 2019, reaching the semifinals at both the US Open and the ATP Masters 1000 event in Paris. Late in the year he reached the 300-match win milestone.

The owner of eight career titles, Dimitrov has played in 15 ATP finals. His most successful campaign to date was 2017, during which he won a career high four titles, including at the ATP Tour Finals in London and the ATP Masters 1000 in Cincinnati.

Dimitrov has reached as high as No. 3 in the ATP rankings. In 2008, Dimitrov reached No. 1 in the world junior rankings following titles runs at Wimbledon and the US Open.

Two-time US Clay champion Andre Agassi has worked with Dimitrov as a coaching consultant since late in the 2018 season. 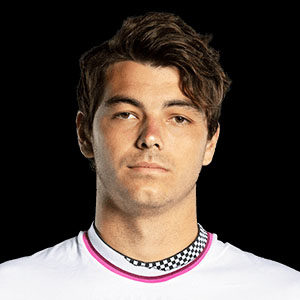 Fritz burst onto the scene in 2016 as ATP Newcomer of the Year after reaching the final in Memphis as an 18-year-old in just his third ATP tournament. He compiled his best career season in 2019, claiming his first title at Eastbourne while also reaching finals at Atlanta and Los Cabos. The 2015 US Open junior champion, Fritz was a semifinalist at River Oaks in 2018. He is the second-highest ranked American in the ATP rankings. 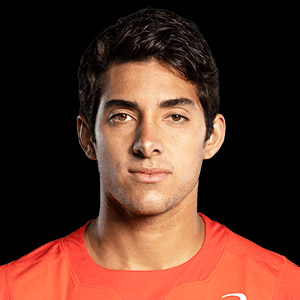 Garin, 23, became the first player from Chile to win an ATP title in nearly a decade when he triumphed at River Oaks last April. His road to the title included a second-round victory over Jeremy Chardy in which he saved five match points. In the semifinal, he defeated two-time US Clay finalist Sam Querrey before downing Casper Ruud in the title match.

The US Clay title was the first of two that Garin won last season, later adding the trophy at the ATP event in Munich. He was 20-9 on clay during 2019.

Garin’s most recent win in the 2020 Cordoba Open finals (an ATP 250 tournament) marks his 3rd career title, all of which have been on clay. This success propelled him to No. 26 in the FedEx ATP Rankings.

As a junior, Garin won the 2013 French Open junior title, and reached as high as No. 4 in the world. 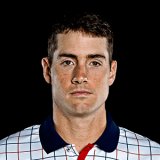 Isner finished 2019 ranked No. 19 in the world. It marks his 10th straight season with a year-end Top 20 ranking. He joins Novak Djokovic, Roger Federer and Rafael Nadal as the only players to finish in the Top 20 in each year of the last decade.

The winner of 15 career titles, he claimed at least one trophy in nine of the decade’s 10 years. He has been a finalist on 13 other occasions in his career.

Isner missed last year’s Houston event after suffering a foot injury during the final of the previous tournament in Miami. It marked the first time he did not play US Clay since it moved to River Oaks in 2008. Overall, he is 15-10 at the event, with a runner-up finish in 2012 to join his 2013 title.

A former NCAA champion at the University of Georgia, Isner now lives in Dallas with his wife, Madison, and their two young children. 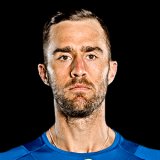 Johnson, who won back-to-back US Clay titles in 2017-18, will be playing at River Oaks for the eighth time in his career.

Johnson, who owns four career ATP titles, was the first repeat US Clay champion since Andy Roddick in 2001-02. The winner of more than 25 ATP matches in four of the past five seasons, he has appeared in two other ATP finals.

Johnson also owns an Olympic bronze medal, having teamed with former US Clay singles champion Jack Sock to reach the podium in doubles at the 2016 Rio Olympics where he was also a singles quarterfinalist.

Prior to the 2019 tournament at River Oaks, Johnson threw out the first pitch at a Houston Astros game.

In college, Johnson was a member of four NCAA team champions at the University of Southern California. His tenure was highlighted by back-to-back NCAA singles championships which he earned while closing his career with a 72-match winning streak. His coach at USC, Peter Smith, is now working with Johnson on the ATP Tour. 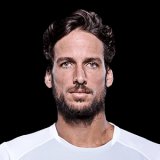 Lopez has been ranked in the ATP’s Top 100 for 18 consecutive seasons. The 38-year-old owns seven career singles titles, winning one in three of the last four seasons, with the most recent coming at Queen’s Club in London. He has appeared in 18 finals. The left-handed Lopez is just 12 wins away from reaching 500 for his career.

Queen’s Club was also the site of his most recent doubles triumph, teaming up with Andy Murray to win in London in Murray’s return following a hip procedure. Three of Feliciano’s five doubles titles have come with Marc, who himself owns 14 career titles.

Feliciano played three matches during Spain’s 2019 Davis Cup title run in Madrid. During the round robin stage, he paired with 2008 US Clay champion Marcel Granollers to win the decisive doubles rubber against Russia. He then played twice in the semifinals against Great Britain. After dropping a tight singles match, he partnered with Rafael Nadal to clinch that tie in the deciding doubles match. Spain then swept two singles matches in the final to claim the title.

In 2019, Lopez began serving as the Tournament Director of Madrid’s combined ATP and WTA tournament. 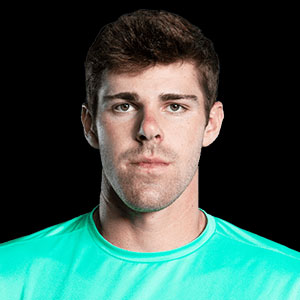 Opelka also claimed his first career title in 2019, winning on Long Island last February. Last season he was also a semifinalist in Atlanta, Basel and Tokyo. Opelka made his ATP main draw debut at River Oaks in 2016 as a lucky loser. As a junior, Opelka won the 2015 Wimbledon singles title. He will be playing US Clay for the fourth time. 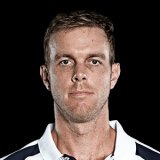 Querrey is the No. 3 American in the ATP rankings. will be making his 12th appearance at the tournament and boasts a career record of 17-10 in Houston. He reached the finals in 2010 (losing to Juan Ignacio Chela) and 2015 (losing to Jack Sock) and has been to the semifinals on two other occasions, including in 2019. He also was the 2012 doubles champion at River Oaks, partnering with James Blake, one year after having reached the final (with John Isner). 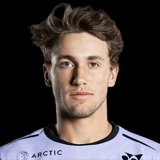 Ruud owned a career-best 23 match wins last season, 19 of which came in clay. In addition to reaching the River Oaks final, his first at an ATP event, he also reached the semifinals in Kitzbuhel and Sao Paulo to go with quarterfinals in Rio and St. Petersburg.

He is coached by his father, Christian, who won the River Oaks International title in 1996. 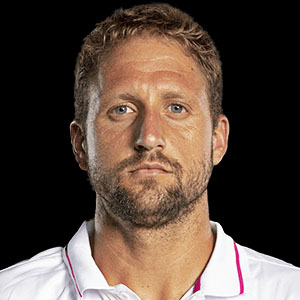 In January, Sandgren reached his second Australian Open quarterfinal in three years. He held seven match points against Roger Federer this year with a semifinal berth on the line, but the 20-time Major champion prevailed. A former University of Tennessee standout, Sandgren reached his first ATP final at River Oaks in 2018. He then claimed his first career title at Auckland to open his 2019 campaign. 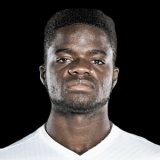 Tiafoe reached the Australian Open quarterfinal early in the 2019 season, becoming the youngest American to reach that round at a Grand Slam event since 20-year-old Andy Roddick at Wimbledon in 2003.

Tiafoe earned his first career title in 2018 at Delray Beach, again being the youngest to do so since Roddick, who won US Clay as a 19-year-old in 2002.

This will be Tiafoe’s fourth appearance at River Oaks. He is 1-3 in singles while having also reached the doubles final in 2017 and semifinal in 2018.